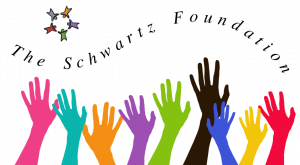 The Schwartz Foundation was established in 2001 by Dr Jerry Schwartz and his mother Eve, after the death of her husband, as a perpetual ‘memorial’ to Bela’s community and professional work. The Foundation is a registered charity supporting charities and selected projects in Australia and overseas, as well as providing assistance to individuals and small groups in need.

The Schwartz Foundation was set up for more than just raising money for charity, its aim is to make a real contribution, to change lives, educate people and better the community.

To date, the Foundation has donated over two million dollars to many worthy projects, charities and individuals.

Reflecting his own background, many of the programs are directed towards medicine, science, education and training, For instance, the Schwartz Foundation paid for the printing of 60,000 textbooks for the GlobalKidz charity that were used in teaching children to become socially responsible global citizens.

The Schwartz Foundation has enabled the establishment of the Anatomy museum and Surgical Skills laboratory at the Medical School of the Notre Dame University, as well as establishing two grants in Research/Lecturing at the University of Sydney Dental Faculty.

A major project of the Schwartz Foundation and one of the charity’s most noteworthy achievements has been the “Room for Hope“ program, with SFC hotels adding a $1 donation to the hotel bill of each guest, with 100% of the donation going to supporting charities like Mission Australia and the Victor Chang Cardiac Research Institute.